Officers arrested Rodriguez at a motel near Blackstone and Barstow avenues in connection with the shooting death of 41-year-old Salvador Olivera on Monday, March 28.

Authorities discovered the victim after Shotspotter technology indicated four shots were fired around 4:30 a.m. at an apartment complex near Ashlan and Fruit Avenues. 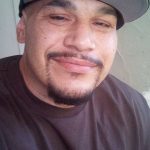 Rodriguez, who is on probation for other crimes, has been charged with murder and remains in Fresno County Jail.

Crime Stoppers offered a $3,000 reward for information leading to Rodriguez’s arrest. Anyone providing advice to Crime Stoppers can remain anonymous.

Police are seeking additional information in the case

“The Fresno Police Department thanks our community and Crime Stoppers for helping us locate and capture this dangerous fugitive. We appreciate your help in keeping our community safe,” officials said in a press release.